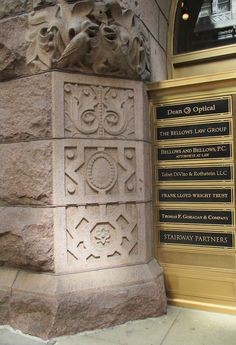 The base of the archway and the business directory. 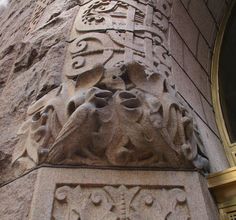 Rooks carved into the entry arch 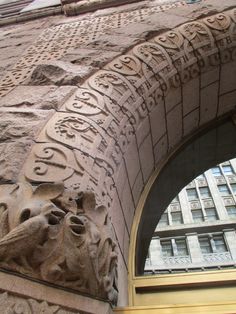 Some say the building was named for the nest of crows that inhabited its walls, another story says that the squawking crows were symbolic of the corrupt officials who once inhabited the crumbling City Hall. The story I like is that the architect, upon hearing that the building might be renamed, had a pair of crows carved into the base of the arch in order to seal the name. 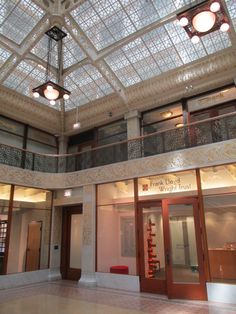 The Frank Lloyd Wright Foundation and Gift Shop, and the business above it on the mezzanine. 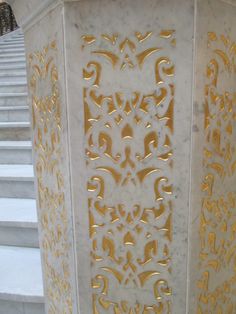 The incised white marble covering the base of the handrail at the grand staircase. 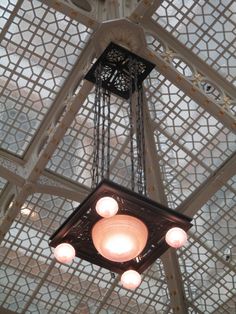 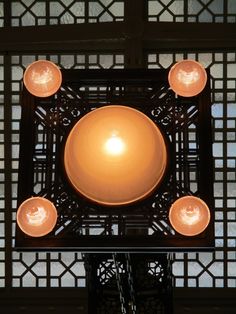 Looking straight up from the lobby floor 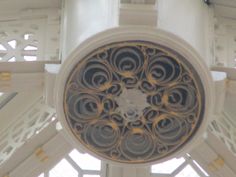 A fun detailing on a girder joint. 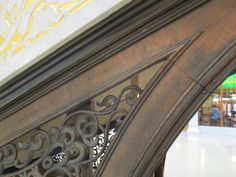 One of the original bronze supports in the lobby. 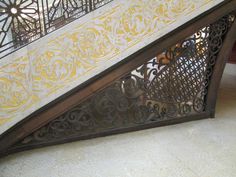 This grill obscures the bottom of the grand staircase leading from the lobby to the mezzanine. 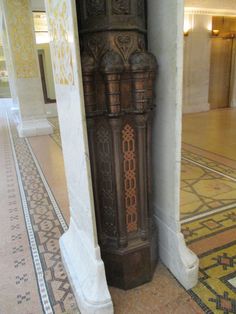 Frank Lloyd Wright covered all of John Root's original ironworks in The Rookery lobby with incised marble. When this detail was discovered during one of the renovations, it was decided to leave this column exposed on one side in order to show off the works of both architects (Root and Wright). Look for it as you enter, on the left hand side, the open side faces the wall. 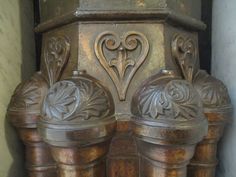 Detail of one of the original columns on the main floor. They are now boxed in by white marble, this one was left open for viewing but only if you can find it. 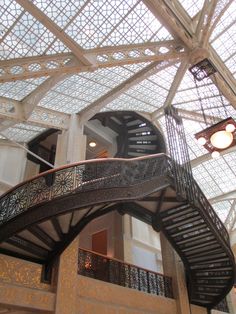 The base of the staircase leading from the mezzanine to the Burnham Library. 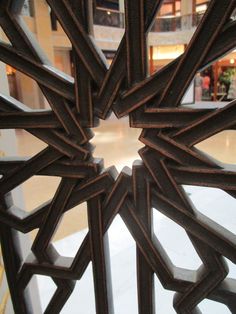 Detail shot of the railing on the second floor. 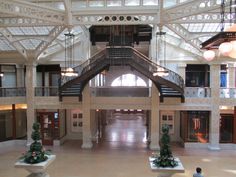 Another view of the base of the Oriel Stairway leading up to the Burnham Library, where the architects worked and met with clients. 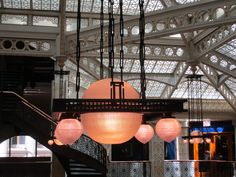 At one point, all of this was painted white ...