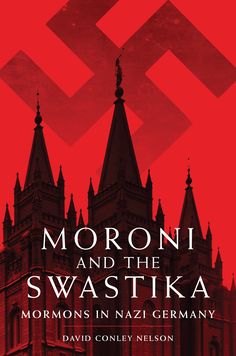 Moroni and the Swastika: Mormons in Nazi Germany, by David Conley Nelson, will be published in February 2015 by the University of Oklahoma Press. 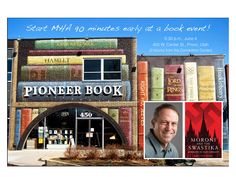 Coming to the Mormon History Association's annual conference in Provo? Get an early start when author David Conley Nelson hosts a book event and signing at Pioneer Book at 5:30 p.m. on June 4. That's just two blocks away and ninety minutes prior to the MHA's opening event. 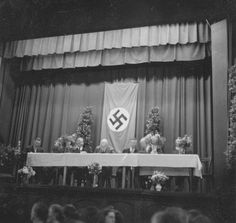 In July 1937, the Mormon Prophet Heber J. Grant, spoke to 800 members at a rented meeting hall in Frankfurt. Like all buildings in Nazi Germany, it came with a large swastika flag. On Aug. 7, the Deseret News, the Church-owned Salt Lake City daily, ran this picture. In its news columns, the DN regularly published wire service stories about Hitler's treatment of Germany's Jews. But in the religion section, it had no qualms about associating the Church President with Nazi symbolism. 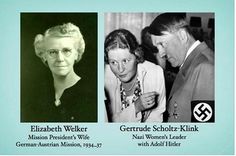 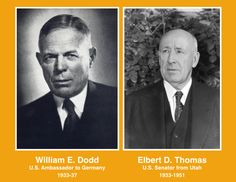 When two distinguished former professors met at the US Embassy in Berlin on a summer day in 1934, US Ambassador William E. Dodd expressed surprise that Utah Senator Elbert Thomas wished to discuss Mormon missionary work in Germany. Dodd later wrote in his diary," There are other than religious aspects to Hitler's let-up on the Mormons." See chapter eight to find out why the Mormons, unlike other small American religious sects in Germany, never ran afoul of Adolf Hitler's government. 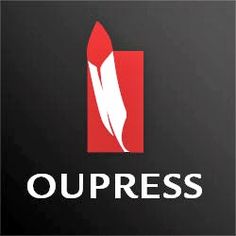 During more than eighty years of continuous operation, the University of Oklahoma Press has gained an international reputation as an outstanding publisher of scholarly literature, especially in the history of the American West, which includes Mormon Studies. Moroni and the Swastika: Mormons in Nazi Germany will appear in your local bookstore in February 2015. 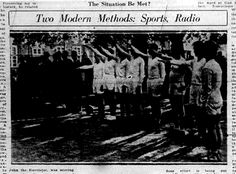 In January 1936, in the midst of an international debate about sending athletic teams to Berlin's "Hitler Olympics," the LDS Church-owned Deseret News ran a six-column photograph of Nazi-saluting basketball players, along with an article stating that Mormon missionaries were coaching Germany's basketball team, and helping Herr Hitler's team seek a "Nordic victory" in the Olympic Games. 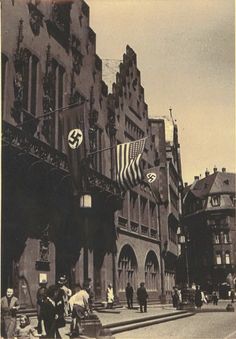 Nazi Germany wasn't a hostile place for a small American religious organization that knew how to play the game. In1939, just months before the Second World War, the Mormons enjoyed a conference in downtown Frankfurt am Mein. 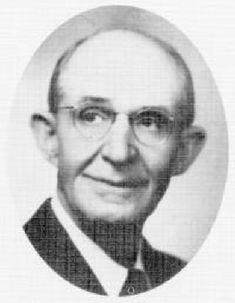 "Jews are safer today in Germany than they are in many parts of the world." --Roy Anson Welker, Sept. 8, 1937, Salt Lake Tribune. Welker had just return from Berlin, where he spent three years as president of the Mormons' German-Austrian Mission. In a position to observe the worst street violence against Berlin's Jews, and to receive reports from his missionaries across eastern Germany, Welker chose instead to perpetuate the myth of Jews as a "protected class" established by the Nuremberg… 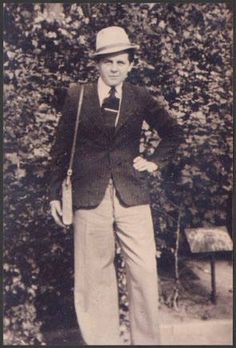 Helmuth Hübener is a Mormon memory beacon. The story of his rebellion against the Third Reich has been modulated by competing forces during the post-war period. Excommunicated by his pro-Nazi congregational leader before being guillotined by the Nazis, and then restored to membership after the war, he has become the subject of books, plays, and videos--each subject to pressure from the Mormon hierarchy to control how his story is told. 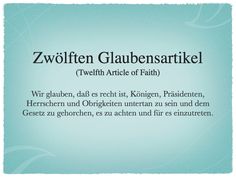 When Hitler assumed power in 1933, the Mormons resurrected an old doctrinal edict, the 12th Article of Faith, to proclaim that Latter-day Saints could be both good Mormons and good citizens of the Nazi state. The 12th Article proclaimed loyalty to the Führer in much the same way that the New Testament urged Christians to "render unto Caesar." There was only one problem. Mormons had not always obeyed the government, either in Germany or at home in the United States. 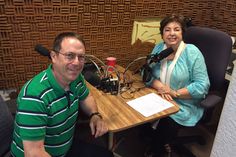 Author David Conley Nelson is interviewed by KAMU-FM's station manager Penny Zent, for the Brazos Arts Program on public radio in Bryan-College Station, Texas. The subject of the interview: Nelson's Moroni and the Swastika: Mormons in Nazi Germany, which is an outgrowth of Dave's doctoral dissertation in history at Texas A&M University. 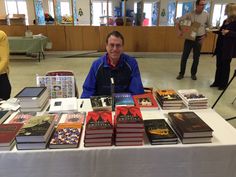 Author David Conley Nelson with his Moroni and the Swastika: Mormons in Nazi Germany front and center on the Benchmark Books table at the Sunstone Salt Lake City regional symposium on March 14. 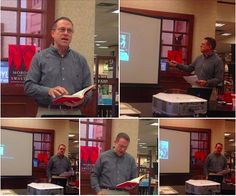 Author David Conley Nelson addresses a hometown crowd on March 26 at the College Station Barnes and Noble, lecturing on his newly published book about the Church of Jesus Christ of Latter-day Saints' relationship with the government of Nazi Germany. 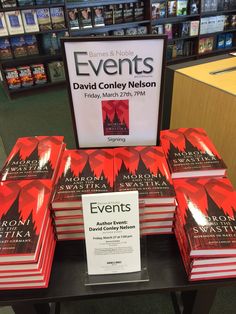 Books on sale at the College Station Barnes and Noble for author David Conley Nelson's hometown book event and signing on March 26. 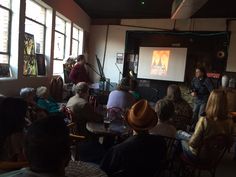