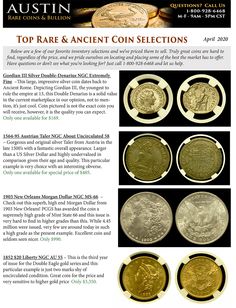 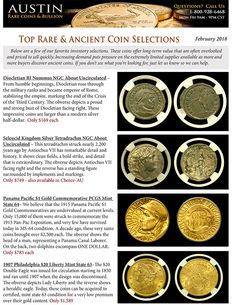 Greek Coinage is a fascinating area of the ancient coins market, dating back to around 500 B.C. Austin Rare Coins is one of the premier ancient coin dealers ... 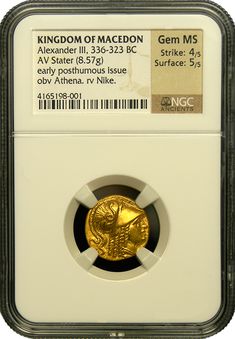 Alexander the Great is without question one of the most notable figures of ancient history. His coins are incredibly desirable today (especially those in GEM MS,) with most survivors being quite worn, as they were issued over 2,300 years ago and widely circulated. This the only GEM MS we've owned recently. On the obverse you'll find Athena, the Goddess of War, and on the reverse the Goddess of Victory, Nike, is easily seen. 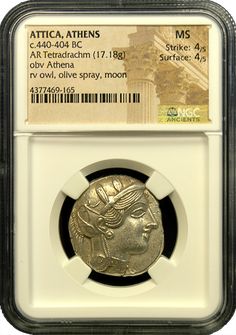 This amazing silver Ancient was struck over 2,400 years ago and has a remarkable overall look and eye appeal. The owl, as a symbol for wisdom, was the mascot of Athena, and frequently accompanies the goddess as this coin demonstrates. According to myth, Athena, goddess of wisdom and the patron goddess of Athens, even had the ability to take the form of an owl. The front of the coin features Athena, the goddess of wisdom and reason. The back depicts an owl, the totem bird of Athena. 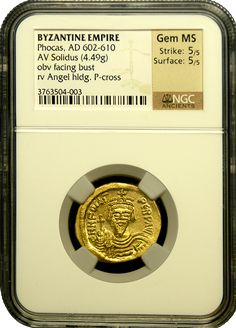 This Byzantine coin was minted in the Byzantine Empire under the reign of Emperor Phocas. It has survived thousand of years in uncirculated condition! In fact, NGC Ancients graded it as Gem MS – the highest grade given! They strike and surface were also determined to be exceptional. This coin is actually one of the best surviving examples of this byzantine coin! 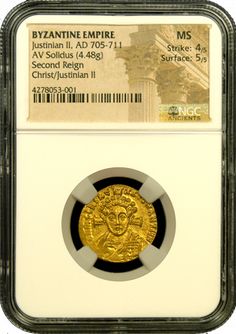 This is an exquisite, mint condition example of the second gold coin struck depicting Jesus Christ. Issued under Justinian II around 700 A.D., this coin has an excellent strike with flashy surfaces and has been awarded a mint state grade by NGC Ancients. Great coin for the price and highly recommended, also is listed in the book, 100 Greatest Ancient coins. 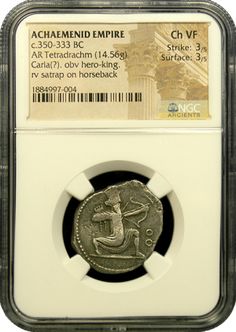 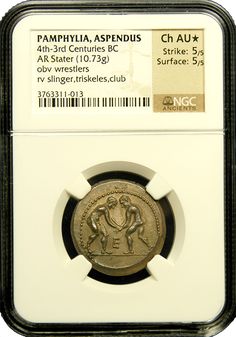 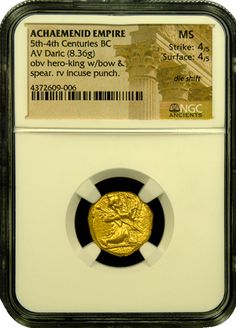 Persian Coins from the Achaemenid Empire

The Persian Empires were a series of imperial dynasties, the first one started by Cyrus the Great in 550 BC who create the ancient Achaemenid Empire after co... 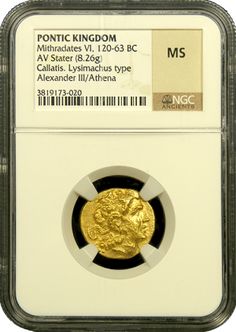 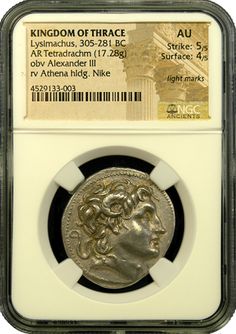 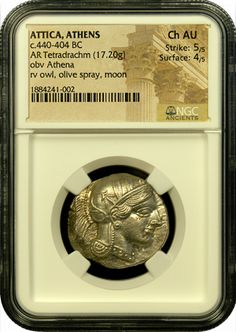 You'll find this Athens Silver Tetradrachm certified by NGC to be in Choice About Uncirculated Strike 5/5 and Surface 4/5 for sale at Austin Rare Coins & Bullion.