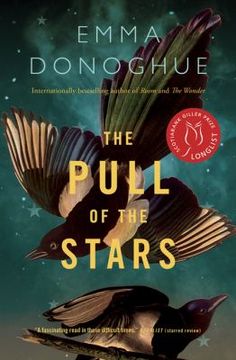 Search Results - pull of the stars

In an Ireland doubly ravaged by war and disease, Nurse Julia Power works at an understaffed hospital in the city center, where expectant mothers who have come down with the terrible new Flu are quarantined together. Into Julia's regimented world step two outsiders--Doctor Kathleen Lynn, on the run from the police, and a young volunteer helper, Bridie Sweeney. In the darkness and intensity of this tiny ward, over three days, these women change each other's lives in unexpected ways. 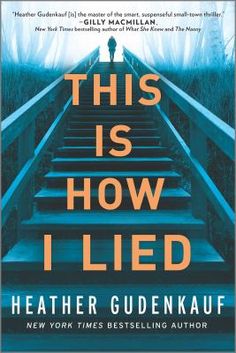 Availability: This is how I lied / Heather Gudenkauf.

Det. Maggie Kennedy-O'Keefe of the Grotto, Iowa, PD is assigned to a cold case, the murder of her 16-year-old best friend, Eve Knox, after two kids find a new piece of evidence, Eve's boot, in the cave where Maggie found Eve's body 25 years earlier. As Maggie investigates and reexamines the clues, secrets about what really happened begin to emerge. But someone in town knows more than they're letting on, and they'll stop at nothing to keep the truth buried deep. 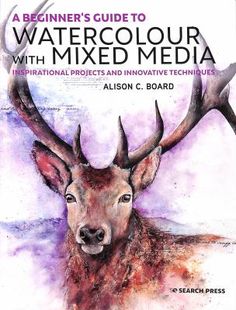 This book introduces the reader to the range of media that is available, explains briefly and clearly how to use the materials and provides six step-by-step projects and inspiring finished paintings to encourage the reader to take a definitive leap into the exciting world of mixed media art. Author Alison Board covers a multitude of topics in her work, and this book features projects on the subjects of flora, animal portraits, dancers in motion, cities and cityscapes, and landscapes. 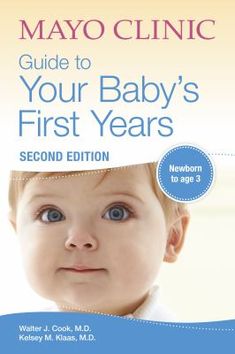 A complete guide with practical information and support for parents of children from newborn to three years old, by childcare experts at the renowned Mayo Clinic. Written by doctors who are also parents. 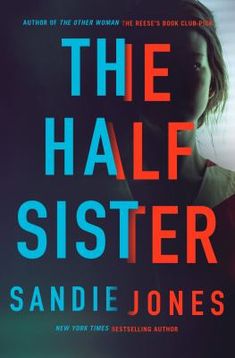 Availability: The half sister / Sandie Jones.

Six years after the fight that ended their friendship, Daphne Berg is shocked when Drue Cavanaugh walks back into her life, looking as lovely and successful as ever, with a massive favor to ask. Daphne hasn't spoken one word to Drue in all this time, so when Drue asks if she will be her maid-of-honor at the society wedding of the summer, Daphne is rightfully speechless. Big Summer is a witty, moving story about family, friendship, and figuring out what matters most. 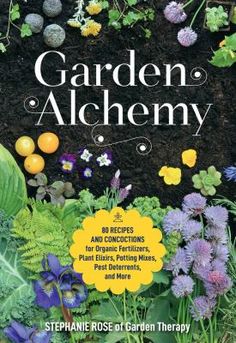 Garden Alchemy is a hands-on guide for DIY gardeners who love to make things (and save money doing it!). This gardening project book is packed with creative and useful garden-related products you can make yourself. Each customizable project allows you to reduce expenses and fix common garden problems with minimal effort. This fun and beautifully illustrated book is packed with ideas and inspiration for gardeners who want to embrace their creativity and have more control of the garden's care. 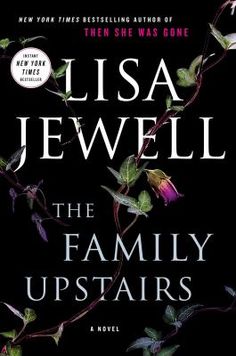 Soon after her 25th birthday, Libby Jones returns home from work to find the letter she's been waiting for her entire life. She rips it open with one driving thought: I am finally going to know who I am. She soon learns not only the identity of her birth parents, but also that she is the sole inheritor of their abandoned mansion on the banks of the Thames, worth millions. Everything in Libby's life is about to change. But what she doesn't know is that others have also been waiting for this… 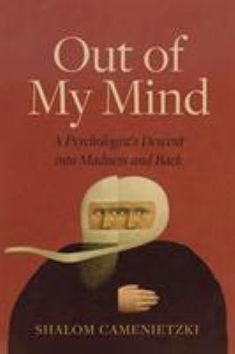 Availability: Out of my mind : a psychologists's descent into madness and back / Shalom Camenietzki.

A psychologist's account of his own experience with bipolar disorder. On paper, psychologist Dr. Shalom Camenietzski seemed to have it all. But in reality, he lived a life of turmoil--obsessive daydreams of taking his life, flamboyant periods of mania, disturbing acts of violence against his wife and son, and various episodes of psychosis. Out of My Mind reveals the strengths and fallibilities of traditional psychotherapies and shows how Dr. Camenietzki finally obtained a symptom-free life. 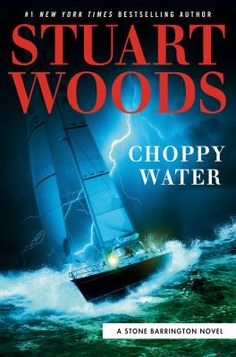 Stone Barrington and his friends are vacationing in Maine when their leisure is suddenly disrupted by extreme weather. To make matters worse, the inclement conditions allow for a menacing adversary to sneak in unnoticed and deliver a chilling message. Soon it becomes clear that the target of the incident is one of Stone's closest companions, and that these enemies have a grander scheme in mind. 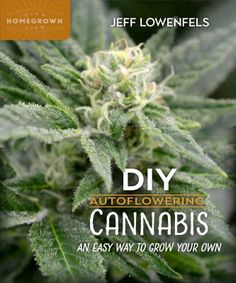 Availability: DIY auto-flowering cannabis : an easy way to grow your own! / by Jeff Lowenfels.

DIY Auto-flowering Cannabis is a complete, full-color how-to guide to cultivating these small, container-grown, fast-producing, day-neutral plants, while reaping their many benefits. If you can grow a tomato, you can grow and enjoy auto-flowering cannabis; no special equipment required. 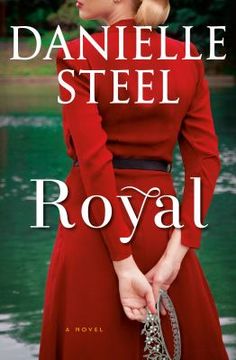 Sent into hiding during World War II, headstrong seventeen-year-old Princess Charlotte assumes an alias and enjoys the freedoms of a normal life in Yorkshire before her ill-fated romance with her guardians' son leads to the orphaning of a royal infant. 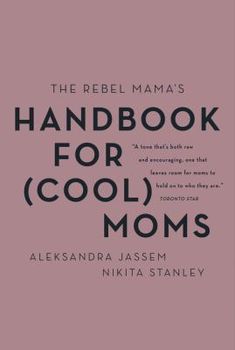 If you're a mum (or mum-to-be) who wants to raise decent human beings, maintain your pre-baby identity, and not lose your sh*t along the way, congrats: you've just found the parenting book of your dreams. This is a girlfriend's guide to early motherhood. It's the Coles Notes for all those boring baby books you never read. It's the instruction manual you wish your kid(s) came with - complete with cocktail list. Welcome to motherhood. Let's do this.... 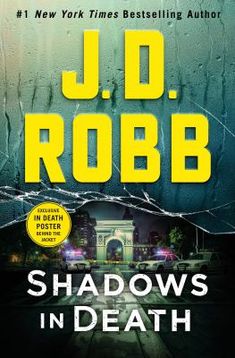 While Eve examines a fresh body in Washington Square Park, her husband, Roarke, spots a man among the onlookers he's known since his younger days on the streets of Dublin. A man who claims to be his half brother. A man who kills for a living--and who burns with hatred for him. Eve is quick to suspect that the victim's spouse would have happily paid an assassin to do his dirty work. Roarke is just as quick to warn her that if Lorcan Cobbe is the hitman, she needs to be careful. 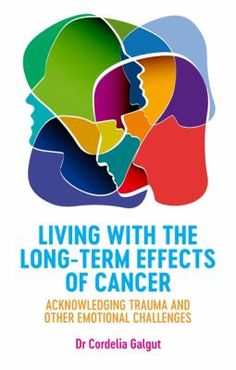 Availability: Living with the long-term effects of cancer : acknowledging trauma and other emotional challenges / Cordelia Galgut ; illustrated by Louise Bourgeois.

Challenging a number of myths about living long term with or after cancer, this book offers new insights by delving into areas that are not usually spoken about, and contests the assumption that the afflicted person will simply 'get better' or 'move through' to a better situation. Emotional and physical side-effects can worsen over time and people living beyond or with cancer often endure a mismatch between expectations and reality. This book sheds new light on these struggles. 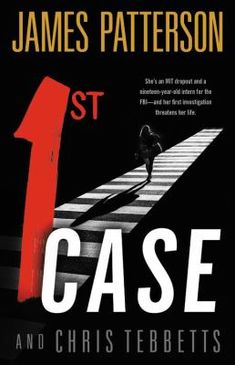 Angela's graduate school days at MIT come to an abrupt end when she uses her hacking skills on another student's computer. Yet her mentor, Eve Abajian, arranges a new beginning for her as an intern in FBI's Boston field office. Her new supervisor, Assistant Special Agent in Charge William Keats, one of only two agents in the Northeast to make his rank before the age of thirty, sees in Angela a fellow prodigy. But Angela's skills come with a natural curiosity, which is also a dangerous… 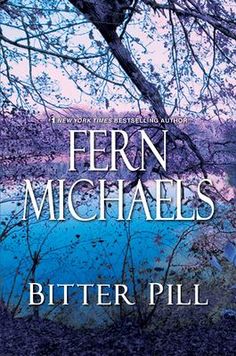 For the Sisterhood, there's a special satisfaction that comes with helping a friend in need. Myra Rutledge's childhood friend has spent tens of thousands of dollars on remedies to boost longevity. But far from improving her health, the medications seem to be destroying it. Myra becomes suspicious of the doctors in charge of the program, especially once they find that one patient has died, and another is in a coma. While the 3 doctors all enjoy indulgent lifestyles and extravagant toys.