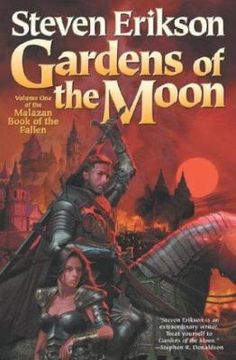 Gardens of the moon / Steven Erikson. 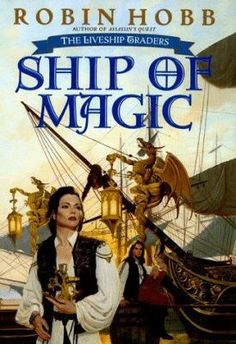 "Both of these fantasy fiction series are set in medieval-type worlds. While these are fantasy, magic does not occur often. Both series are dark political sagas with a large cast of characters." -- Krista Biggs 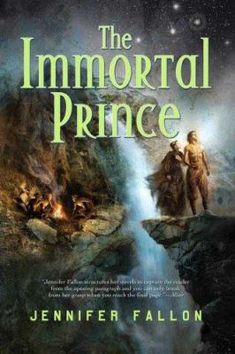 "George R.R. Martin and Jennifer Fallon have both created epic fantasies with multi-layered plots and exquisite world-building. The authors employ magic, secrets, deception, and the battle between good and evil to draw readers into their worlds." -- Rebecca Sigmon

Leodan is a good king and a good father, but he happens to be the latest in a line of kings who have subjugated several other peoples for centuries, and who’ve made a deal with an Other-like threat beyond the kingdom’s borders. Durham’s world is a brutal, politically-complicated, morally-ambiguous world; if you like Westeros and Essos, I think you’ll appreciate it. (Review by Book Riot)

This historical fantasy series takes place during the Napoleonic Wars but imagines the British Army flying on dragons as an “air force.” The dragons are intelligent and form strong bonds with their human riders. The series describes dragon breeds and behavior in detail and follows them all around the world, from England to China. It’s a surprisingly touching, fast-paced adventure and appropriate for YA readers.

A hero named Kvothe, now living under an assumed name as the humble proprietor of an inn, recounts his transformation from a magically gifted young man into the most notorious wizard, musician, thief, and assassin in his world. First in the Kingkillers Chronicles.

Heir to the throne Yarvi, prompted by the murder of his father, embarks on a kingdom-transforming journey to regain the throne, even though having only one good hand means he cannot wield a weapon. First in the Half a King Trilogy. 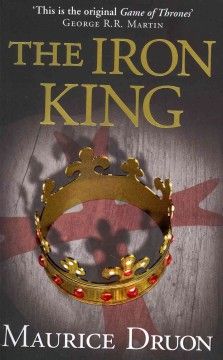 The iron king / Maurice Druon ; translated from the French by Humphrey Hare.

Set in the year 1314, the story takes place during the reign of despotic French King Philip the Fair and focuses on disenfranchised Lord Robert of Artois, whose attempts to reclaim his birthright ignite a conflict that will engulf all of France and destroy a dynasty. Steeped in sex, violence, and political intrigue, this book will captivate readers of sprawling, dramatic, and intricately plotted historical fiction. First in the Accursed Kings series. 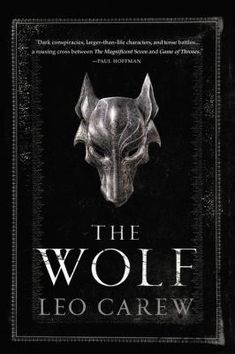 Roper has been thrust into a position of leadership that he's woefully unprepared for. Now, a massive army approaches from the south, old allies turn against him, and new rivals seek to undermine his rule. Bellamus is a brash but capable southern general, a commoner with the rare honor of having the discreet support of the Queen. Victory means glory, and defeat promises much worse than disgrace. First in the Under the Northern Sky series.

Years after four of the once-peaceful kings of North and South Tembria betray an ancient covenant and kill a fifth ruler, the slain king's secret heir, an elite warrior; and another mysterious orphan, a master weapons smith, find their choices determining the fate of their world. First in the Firemane series. 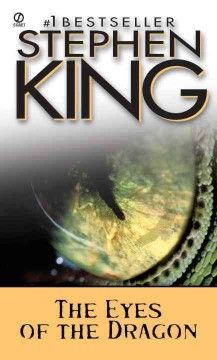 After Flagg, the evil court magician, sees a mouse chance upon a grain of dragon sand behind Prince Peter's shelves and die--as did the king--in fire and smoke, he plots to imprison Peter in the Needle and sieze control of the kingdom.

When the gods chose Daemron as their champion, giving him their Talismans to assist him in his battle against the spawn of Chaos, they never expected him to use his newfound power to rebel. Now imprisoned behind a magical barrier known as the Legacy, Daemron hatches an escape plan. First in the Chaos Born Trilogy,

Born a slave, Zacharias Wythe has just been appointed England's new Sorcerer Royal -- much to the dismay of the socially conservative Royal Society of Unnatural Philosophers, who are already plotting to oust him from his post. But Zacharias has more urgent problems, including a dwindling national supply of magic and strained diplomatic relations with the Faerie realm. First in the Sorcerer Royal series. 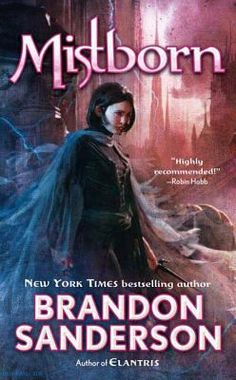 Experiencing an epiphany within the most daunting prison of the monstrous Lord Ruler, half-Skaa Kelsier finds himself taking on the powers of a Mistborn, and teams up with ragged orphan Vin in a desperate plot to save their world. First of the Mistborn novels.

When her husband murders their son and abducts their daughter, grief-stricken and vengeful Essun pursues him across The Stillness, a vast and dynamic super-continent on the brink of catastrophe that will usher in a "fifth season," a time of uncertainty and hardship. First of the Broken Earth novels.

During a spell recalling the dead, the boy Sparrowhawk, a sorcerer's apprentice, unwittingly unleashes evil on the land. He grows to manhood while attempting to subdue the evil he unleashed on the world. Recommended by GRRM to the New York Public Library.