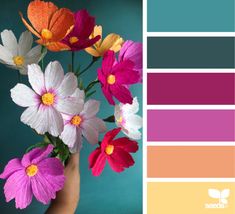 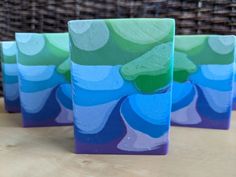 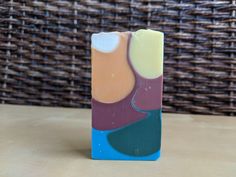 First try went well! All the practice on trace last month was very helpful. The colors weren't exactly as I wanted. Miscalculated and had too much batter so only got a little of the seventh pour in there (white). 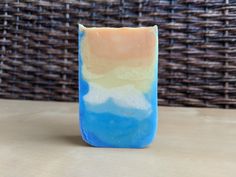 Tried for the advanced category. Mixed up 21 different colors to do a double ombre effect. Mixed what was left of two scents that I know don't accelerate... They accelerated. Not a shimmy at all but got it in the mold, it smells great, and it looks like a sunrise over the mountains. 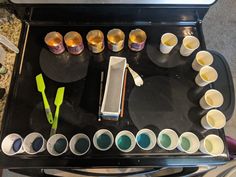 So pretty but a bit crazy 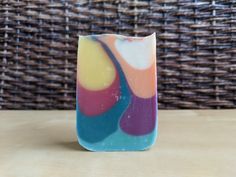 Colors were more to my liking and pours were nice and even but I didn't get much of a shimmy. 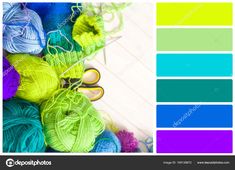 Also, just a palette of my favorite colors. 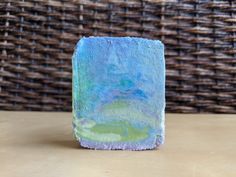 Second try at the advanced. Mixed up seven colors and added titanium dioxide between pours to get the three colors per side. Was nervous after last advanced attempt so decided to hand mix. Bad idea. Wasn't emulsified. Leaked out of the mold, separated, but eventually turned into soap. It's still a bit soft at the top so I'm thinking it may be lye heavy at the bottom. 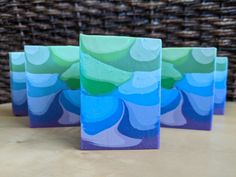 This is my final attempt and the one I submitted. Advanced category so 21 pours. Mixed the seven base colors and added 1/4t of disbursed titanium dioxide for second and third pour. The first green got a little thick and turned into a less nice pour but I'm happy with it overall.