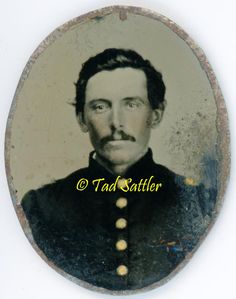 14th Connecticut color sergeant Thomas J. Mills of New London was mortally wounded at Antietam. He died at Smoketown Hospital on Oct. 16 or 17, 1862. 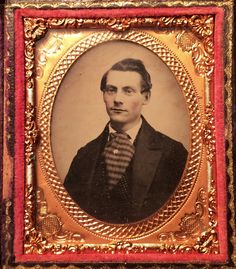 Tintype of 8th Connecticut Sergeant George Marsh, 29, who was killed at Antietam by the concussion of a solid shot. His brother-in-law traveled to Sharpsburg, Md., to retrieve his body. 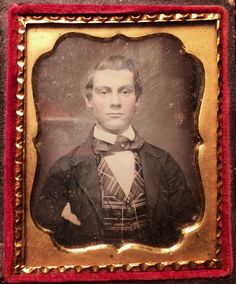 Pre-war daguerreotype of 8th Connecticut Sergeant George Marsh of Hartford. He was killed about sunrise by concussion of solid shot at Antietam, perhaps the first soldier from Connecticut killed at the bloodiest day in American history. 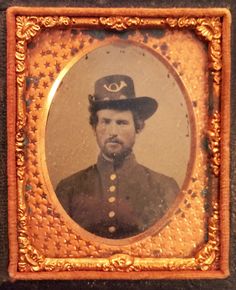 8th Connecticut Corporal Robert Ferriss was killed by a bullet to his breast at Antietam. "Of Robert at home I knew but little," his captain wrote in a condolence letter to his mother, "but I know well that he was the same steady, honest man on the day of his death that he was the day he left New Milford for the purpose of fighting the battle of his country." 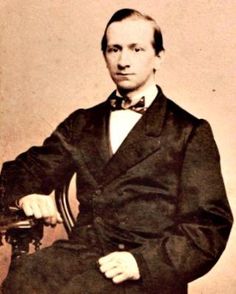 Jason Twiss, a 32-year-old private in the 16th Connecticut, was shot in the chest and killed in John Otto's cornfield. He's buried in Antietam National Cemetery. He was from Willington, Conn. 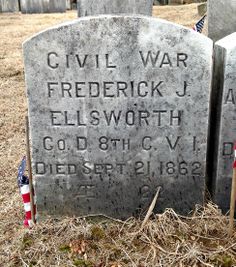 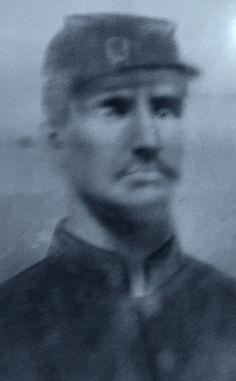 A private in Company E of the 11th Connectiut, Benjamin Beach of Norfolk, Conn., was killed in the attack near Burnside Bridge. 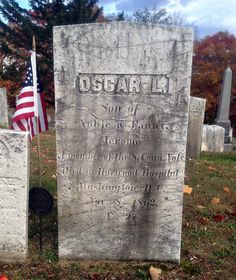 A 27-year-old private in the 8th Connecticut, Oscar L. Jerome is buried in Military Asylum Cemetery in Washington, D.C. The cenotaph shown here is in West Cemetery in Bristol, Conn. According to the 1860 U.S. census, Jerome was a clockmaker, perhaps working for his father, Noble, who was a master clockmaker. From Waterbury, Jerome died of disease, perhaps a result of a wound suffered at Antietam. 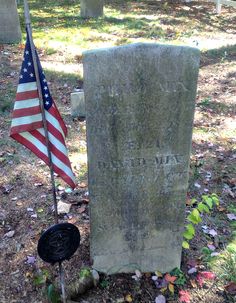 Killed in action at Antietam, David Mix was a corporal in the 14th Connecticut. His marker is in secluded East Farms Cemetery in Waterbury, Conn. Whether he is actually buried here is unknown. 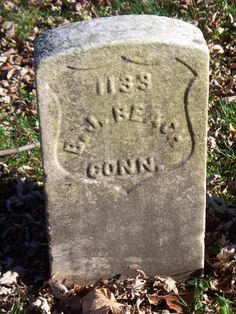 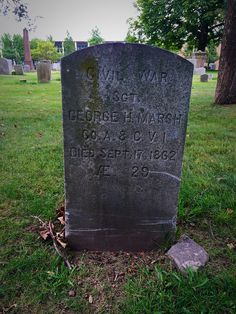 Grave of George Marsh in Old North Cemetery in Hartord. Marsh, a sergeant in the 8th Connecticut, was killed around sunrise by the concussion of an artillery shell at Antietam. 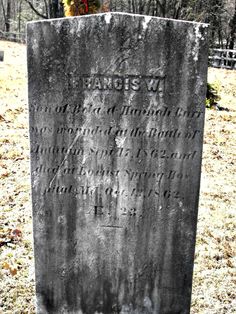 Francis W. Burr, a 23-year-old private in Company G of the 16th Connecticut, suffered a wound to his groin in John Otto's cornfield at Antietam. He died at Crystal Spring Hospital near Keedysville, Md., on Oct. 12, 1862. This is his marker in Higganum-Burr Cemetery in Higganum, Conn. Burr, however, may be buried in Antietam National Cemetery. 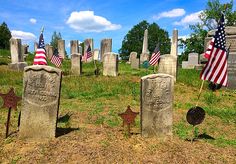 The side-by-side graves of 8th Connecticut Corporal Robert Ferriss and Sergeant David Lake in Center Cemetery in New Milford, Conn. Ferriss was killed at Antietam. Lake was mortally wounded there, dying on Sept. 18, 1862, a day after the battle, from a bullet wound to the bowels. 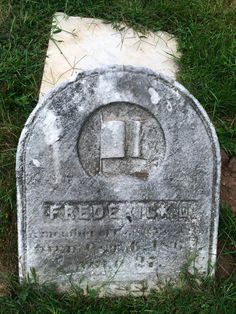 Broken marker for Frederick Culver, a 27-year-old private in the 11th Connecticut, in Center Cemetery in Rocky Hill, Conn. He died of his Antietam wounds at Crystal Springs Hospital on Oct. 6, 1862. He is buried at Antietam National Cemetery in grave No. 1,110. 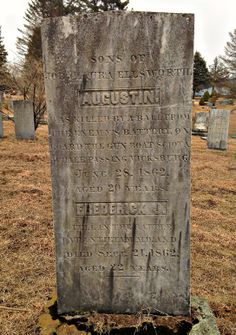 Marker in Linwood Cemetery in Colchester, Conn., for Augustin and Frederick Ellsworth, brothers who died during the Civil War. Frederick, a private in the 8th Connecticut, died from a severe head wound on Sept. 21, 1862, four days after he was shot at Antietam. Augustin, a seaman aboard the U.S.S. Sciota, was killed "by a ball from the enemy's battery" as his vessel passed Vicksburg, Miss., on June 28, 1862. (Photo courtesy Matt Reardon.) 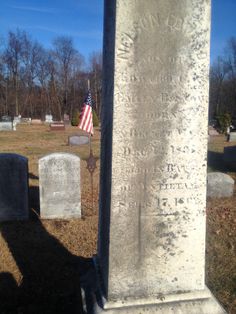 Nelson Snow, a private in Company D of the 16th Connecticut, was sick several days before Antietam, but his illness didn't keep him from the battle. He was killed in John Otto's cornfield. "(Snow) went into the fight for fear someone would call him a coward," William Relyea, a comrade in Company D wrote. "He was brave enough to die." A state-issued marker and a memorial for Snow may be found in West Suffield (Conn.) Cemetery. It's unclear whether his remains were returned to the state.