The Architecture of Serial Killers

A few years ago I was seated next to a guy at a dinner party, where I had been introduced as an artist from New York. It was somewhere f...

Looking at Modernism with David Brin -6

Sith Architecture: Le Corbusier and Star Wars (Return to Part 5) When I originally sent David the link to my essay, Star Wars: A Ne... 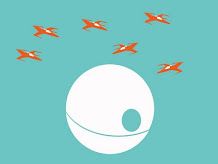 I've never liked the term #PostModern - not because of the styles & Ideologies it is attached to, but because I question the premise. #Post... 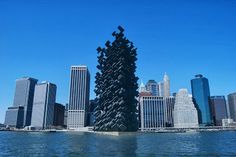 My sculpture, Die Die Die (2003), set just about where Frank Gehry's Downtown Guggenheim was slated to go. This past spring I starte...

The Architecture of Inception: Combat Archaeologies

Combat Archaeology In a discussion of the methods he laid out in his book, The Archaeology of Knowledge , the French philosopher Mich...

Image of Democracy: Why I Want to Build Nine Freedom Towers in Tiananmen Square

The Urbanism of Superheroes

Without Space, They Can't Hear Us Scream

Model of the Nostromo, Alien (1979); Model of proposal for Tiananmen Square Extrusion (2012) For those in Hong Kong, I have a series...

I Struggle To Believe That Frank Gehry Has The Force 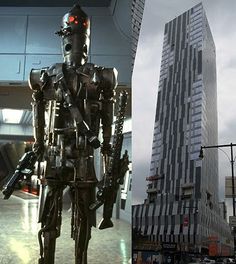 Toren Condos Do Not Have The Force

Toren Condos Do Not Have The Force 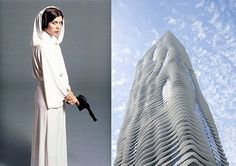 Jeanne Gang is a Jedi

Jeanne Gang is a Jedi 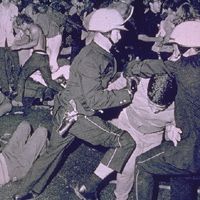 Indicator Spaces - This is my first essay on the architecture of public space. It was written for a solo show that opened in March of 2001. In it I argued that the aesthetic of minimalism that requires large amounts of empty space could amount to a positive ethic if applied to public art. I used the example of three art works, Rachel Whiteread's 3rd Plinth, Maya Lin's Vietnam Veteran's Memorial, and Richard Serra's Tilted Arch.