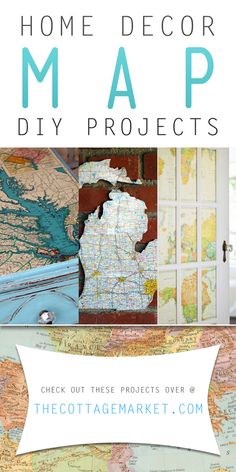 Do you love creating something new and exciting for your home decor? Why not try one of these fabulous Home Decor Map DIY Projects! Make great memories! 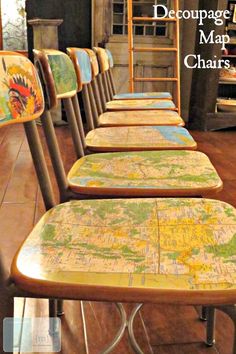 Map Desk Decoupage I know what you want to say to me. You want to tell me that you've already seen decoupage map furniture. It's ok, I know. But, the heart wants what the heart… 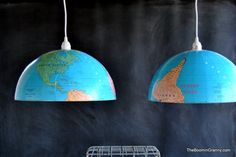 Amazing Pair of Pendant Lights Made From Extra Large World 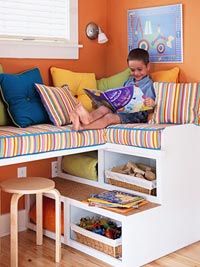 Here's how to make a comfy hideout complete with built-in storage cubbies and a work surface for coloring or homework. 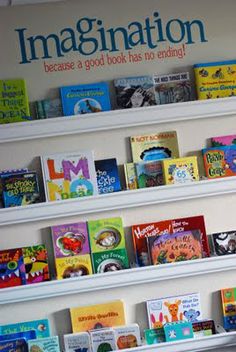 Obviously this isn't a treat-related post...but it's still SUPER SWEET! I received SO many comments and inquiries in response to the picture I posted of our kiddos' library on my FB page, that I felt I really should dedicate a full post to the subject ;) We finished our basement this past spring and resolved to make a big part of the open area a playroom. I've been dreaming of reclaiming my livingroom for about 3 years now...so I was BEYOND excited when the space was finally finished! I… 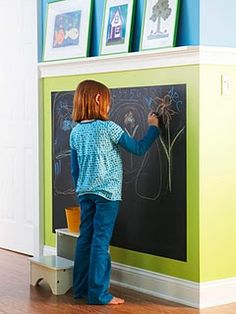 As most of you know, we are a homeschooling family. In the new house, we are designing a homeschool room big enough for each child to have t... 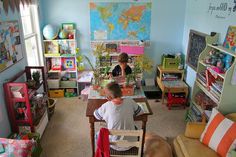 Written by contributor Lora Lynn Fanning of Vitafamiliae A note from Jamie: This post originally published on August 8, 2011. Pinterest has grown substantially since then, and has become a popular spot for keeping track of homeschool inspiration! You can find Lora Lynn’s boards here and follow mine here if you’re so inclined. Enjoy! Pinterest … 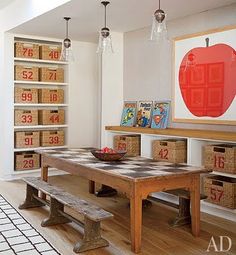 If you are new to Fieldstone Hill, you might not know that I am a happy {crazy} homeschooling mom. And while it is certainly NOT going to be ready in time for the start of school this year, I am working on our school room. It matters not if you home school, or even if … 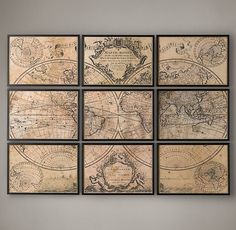 RH's L'Isle's 1720 World Map:Created by French Royal Geographer Guillaume de L'Isle in 1720, this mappe monde traces the paths of great explorers, including St. Antoine, Mandana and Quir and Dutchman Abel Tasman (for whom Tasmania was named). A revision of L'Isle's groundbreaking 1700 map, it was among the first to show California with a continuous coastline and to accurately depict the tip of South America. Our grand-scale reproduction fills nine framed panels. 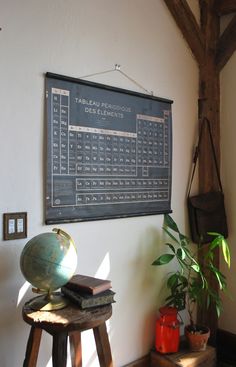 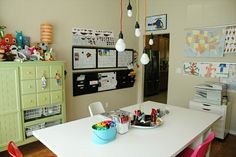 Written by contributor Lora Lynn Fanning of Vitafamiliae A note from Jamie: This post originally published on August 8, 2011. Pinterest has grown substantially since then, and has become a popular spot for keeping track of homeschool inspiration! You can find Lora Lynn’s boards here and follow mine here if you’re so inclined. Enjoy! Pinterest …

Every year I like to get new ideas for my homeschool room. While the majority of our homeschooling is done at the kitchen table, sofas and even bedrooms we do have a room downstairs that we use for storing crafts, displaying and making our many projects, painting and sewing, etc. This year we purchased a black Labrador puppy for my son's birthday and the puppy wreaked havoc on my school room. So this year I will be repainting and replanning this room and attempt to make it a happy space once… 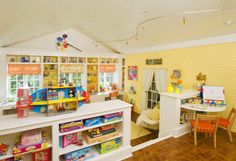 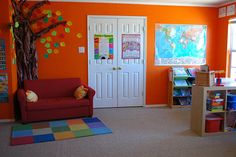 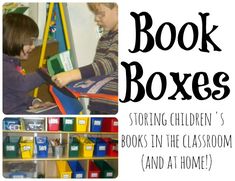 I make a ton of books with my preschool students throughout the year. They’re fun to make, and they get kiddos interested in writing and reading. Needless to say, my students like to read their books over and over (and over and over). This is great for teaching them how to read, so I don’tKeep Reading