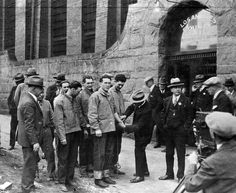 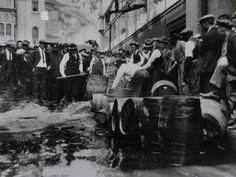 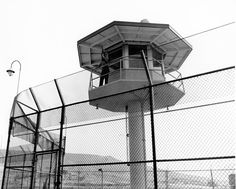 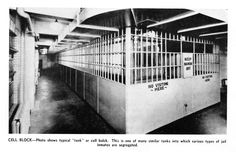 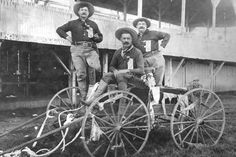 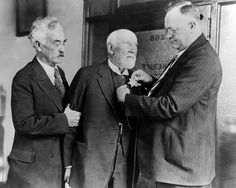 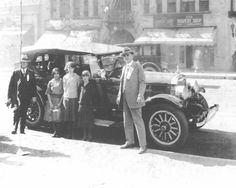 Sheriff Eugene W. Biscailuz standing at the right. Other individuals are unknown 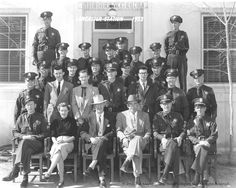 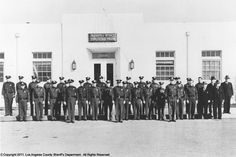 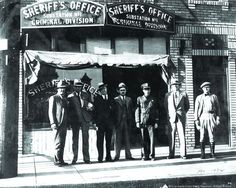 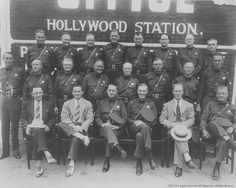 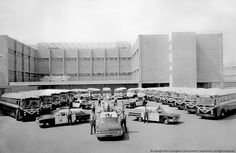 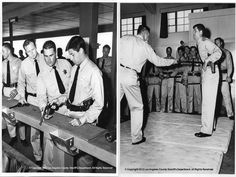 Los Angeles County Sheriff's Academy Class #57 at Biscailuz Center, May-June, 1956. Comedian /Actor Jerry Lewis attended the Academy with the permission of (then) Sheriff Eugene Biscailuz, to prepare for the movie "The Delicate Delinquent,” which included Mr. Lewis portraying a police recruit. Some of the LASD recruits were extras in the movie. Much of the time Mr. Lewis was at the Academy was not publicly disclosed due to his popularity and concerns of fans showing up. 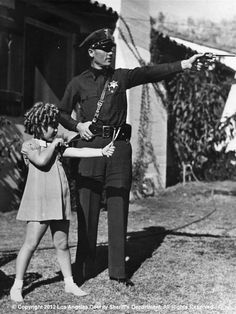 Deputy Sewell Griggers and Shirley Temple in 19?? The photo promoted the Revolver Club of the Los Angeles County Sheriff's Department. Deputy Griggers, along with the Sheriff’s Pistol Team put on amazing shooting expositions throughout Los Angeles County for many years. Deputy Sewell was not only an accomplished marksman, he did so even though a teenage accident resulted in him not being able to see out of his right eye, and his dominant hand shook due to nerve damage. 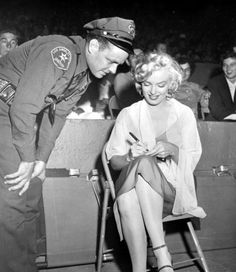 Marilyn Monroe signing an autograph for a deputy. Unknown date of the photo.