How Was The Second Digital Milan Fashion Week?

Today ends the second digital edition of the Milan Fashion Week (which actually lasted only five days), passed in relative silence, with a partly empty calendar lacking of the striking names of Gucci, Bottega Veneta, Versace, Marni and Giorgio Armani; partly still defended by champions such as Prada, Fendi, Sunnei, Ermenegildo Zegna, Etro, MSGM and Tod’s. Without audiences, without collateral events and without the army of influencers, editors, buyers and photographers that usually 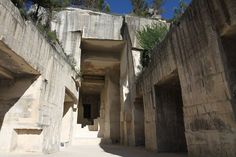 While it seems certain that the upcoming Fashion Weeks will be almost exclusively digital, Chanel announces that it will present its Cruise 2022 collection in the South of France. The fashion house has chosen the stunning white limestone quarries of Les Carrières de Lumières, famous for appearing in the 1959 film The Testament of Orpheus, directed by Jean Cocteau, for the show which will take place on Tuesday, May 4, 2021. The location, which is located in the village of Les Baux-de-Prove 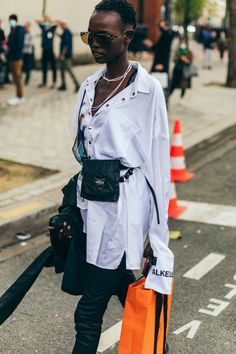 Paris Fashion Week Will Be Only Digital

The Fédération de la Haute Couture et de la Mode, the main governing body of French fashion, has made the official announcement that, in accordance with national anti-contagion restrictions, no brand will be allowed to have physically invited to the shows of the upcoming fashion week – making it the next edition, to be held from January 19 to 24, in fact completely digitized. This leaves Milan as the only fashion capital to organize physical events for fashion week. Pascal Morand, President…

Milan Fashion Week Will Be The Only One With Physical Events

The official confirmation has arrived from the British Fashion Council that London Fashion Week will also be completely digital, as will Paris Fashion Week. This will leave Milan Fashion Week, which will be held from January 15 to 19, as the only one in Europe to have physical events. Most of them will actually be phygital, so shows without an audience, but Etro, Fendi (whose show will mark Kim Jones’ debut) and K-Way will continue with the shows in attendance – although there is li

Saint Laurent Presents The SS21 Collection “Wish You Were Here”

A stunning set, distant, free, solitary, ancestral, that seems almost out of time. For the SS21 collection of Saint Laurent, Anthony Vaccarello opted for the North African desert, a place that has always been linked to the Maison. Not far from here, in Algeria, Monsieur Yves was born, while in Morocco, in Marrakech, he built a marvelous villa and took inspiration for many of his revolutionary creations. “I wanted to focus on the essence of things, but I didn’t want anything bleak or heavy. 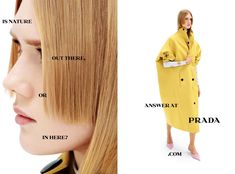 After the jointed debut last September, and before the next Prada show to be held during the upcoming Milan Fashion Week, Miuccia Prada and Raf Simons have unveiled the brand’s SS21 campaign – the first one born under the double creative direction of the two designers. In full Prada style, the campaign is a mixture of minimalism and eccentricity and continues the dynamic of the dialogue established with the viewer who, after the success of the Q&A in September, returns to ask questions 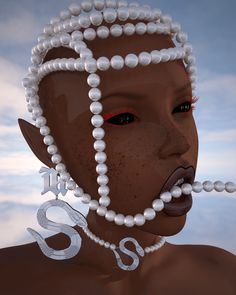 A limited edition collection of jewelry After reminding us of the power of 80s aerobics in the video launching the capsule with Reebok, MISBHV is ready to spice up our outfits with a collection in collaboration with Lilith by Sita, Sita Abellan‘s brand. The two partners joined forces on several occasions and previewed the new jewelry selection last February during Paris Fashion Week with an exclusive event at the famous club Silencio. The highlights of the limited edition collection are 8 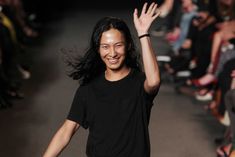 Many male and gay models have come forward telling their experience with the American designer Over the last few hours, first TikTok and then Instagram has become the safe space where a great number of models, professionals, students and sales assistants have come forward to tell their experiences, far from pleasant, with Alexander Wang. For everyone, in fact, the story went in one direction: many, in particular male and trans models, accused the American designer of sexual harassment. The… 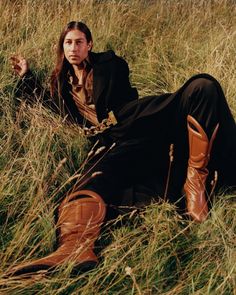 It’s no secret that sustainability has become the thorniest – and most challenging – topic in the fashion industry. After decades of business not paying attention to the environmental impact and more generally to waste and the methods used in the production chain, small and large brands are working to improve their green approach. A shift in the way of producing and selling products that will also affect online retailers in a very significant way, as demonstrated by the new a

Burberry Will Donate Its Leftover Fabrics To British Fashion Students

The brand hopes to involve other big names in the fashion industry in the initiative To help British fashion students in need, Burberry has decided to launch the ReBurberry Fabric program to donate, with the support of the British Fashion Council, its leftover fabrics through the Institute of Positive Fashion and Colleges Council. Burberry‘s hope is to involve other giants of the fashion industry, giving support in the initiative to other names and brands that can help young emerging 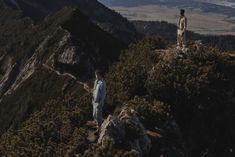 Luxury online retailer Mytheresa and Polo Ralph Lauren have teamed up with a capsule collection of 12 items that evoke the silhouettes and style of the Polo Sportsman line and its 90s releases. The inspiration for the capsule comes from the fishing world and was presented with a campaign shot by Patrick Houi and the Global Creative Director of Mytheresa, Julian Paul on the scenery of the Bavarian Alps – a reference to the macro-trend of gorpcore that is bringing mountain scenarios back into… 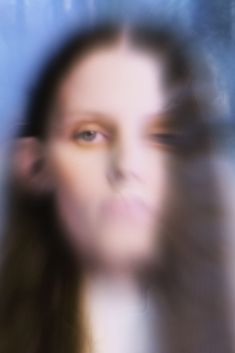 “I was imagining elegant ninjas-knights with a medieval armory. The sexy witch in the woods. The Evil Dr. Cat. The mob gangster. A bit of everything. I wasn’t really worried if they did match together. It was about trying. I like to be in that kind of mood especially in 2020.” – – Boramy Viguier Proudly supported by Gucci and selected by Creative Director Alessandro Michele to be part of the GucciFest, Boramy Viguier presented on Saturday November 21s

How Community Storytelling Will Replace the Fashion Show

The complete program of GucciFest The classic format of the fashion show comes from commercial needs: from the days of the House of Worth to the most fashion weeks, the fashion show has always been the exhibition of a commodity. The concept of the show has gradually become enriching and layering, becoming a real show and then leading, in the best cases, to performance art. But the greatest possible departure from the pure fashion show was made by Gucci with GucciFest: a week-long digi

An all-Japanese Collection For The Oldest American Fashion Brand After the original collaborative capsule presented last February (and seen the month before on the Paris catwalks), Brooks Brothers and COMME des GARÇONS JUNYA WATANABE MAN are back together for a new, concise clothing collection that expands the aesthetic initially conceived for the first release. Watanabe is master of the composition and recomposition of clothes and uses the white canvas of Brooks Brothers shirts and jack

‘A Stranger Calls’, shot by Steven Meisel For its Holiday 2020 campaign, Prada has opted for a noir atmosphere, in a thriller with a vintage touch written by one of the most interesting voices on the contemporary literary scene. In fact, the best-selling author Candice Carty-Williams is the pen who wrote the short story – conceived and written specifically for Prada. In this cinematographic context and language, which revolves around a mystery to be solved, Prada accesso

Has Anna Wintour’s Era Come To An End?

For the past 2-3 decades, everyone in and many outside of the fashion industry have assimilated the name Anna Wintour with the dawn of modern day fashion. As artistic director of Condé Nast and Editor-in-chief for the past 32 years of American Vogue – the magazine which has been considered the world’s most powerful fashion publication, she has long been seen as the mother of fashion and one of the main figures who has helped shape the industry into what it is today. For pop culture she h