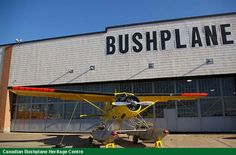 Our Collection - Norseman CF-BFT, serial #17, is a Noorduyn Norseman MkIV and one of two Norseman in the Canadian Bushplane Heritage Centre's collection.

Our Collection - Stinson SR9 Reliant, CF-BGN, was part of the Ontario Provincial Air Service fleet from 1937 until its sale to Green Airways of Red Lake in 1948. In the spring of 1979 CF-BGN was burned in a grass fire set by vandals. It has been restored by the volunteers of the Centre 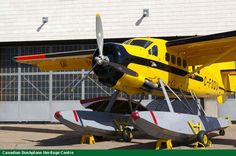 Our Collection - de Havilland DHC3 Otter, CF-ODU, was purchased by the Ontario Provincial Air Service in 1960. It was damaged in a forced-landing near Moosonee in 1984. It took ten years for Canadian Bushplane Heritage Centre volunteers to rebuild CF-ODU.

About Us - The Canadian Bushplane Heritage Centre (CBHC) was formed in 1987 by a small group of volunteers wishing to preserve Ontario's rich bushplane and firefighting heritage. At that time, the Ontario Ministry of Natural Resources agreed to allow the group to use a portion of the Fire and Aviation Division (formerly the Ontario Provincial Air Service) hangar at the edge of the St Mary's River in Sault Ste. Marie for displays and storage. 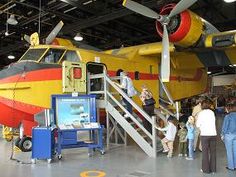 Canadian Bushplane Heritage Museum is a great place to visit to learn more about bushplanes.

Kids have fun while learning in our newly renovated Childrens Flight Centre! So you want to be a pilot? Learn how wit

Our Collection - Canadair CL-215, F-ZBBT, was manufactured by Bombardier Aerospace, Montreal and was purchased by France's Sécurité in 1974. It was part of a larger fleet used to fight forest fires in southern France and Corsica. Based at Marignane, it recorded 20,331 water bombing loads dropped on fires.It was retired in 1996 and donated to the museum by Bombardier Aerospace.

Plan Your Visit - What better way to explore the history and adventure of flight and forest fire protection than with a visit to the Bushplane Centre? Located in beautiful downtown Sault Ste. Marie, this waterfront hangar offers more than 62,000 square feet of interactive, hands-on aviation and forest fire exhibits

Flight Simulator - Feel the thrill of the engines starting, the plane lifting from the ground and the nail-biting landings, all from the comfortable 5-seat cockpit. 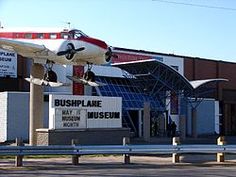 Histories - Prior to the 1920's, vast portions of the Canadian north were uncharted and unknown. Bushflying was intrumental in opening up those vast regions. 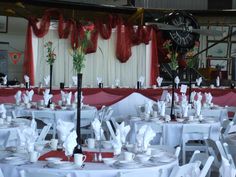 Wings Over The North - CBHC

Wings Over The North - Experience the exhilaration of take off in a vintage Beaver bush plane, the freedom of flight, the history of fighting fires from the sky, and the unexpected drama of setting "her" down in our Object Theatre

A Fire Fighting Adventure in 3D Our newest attraction features an intense 3D presentation PACKED with special effects galore! The film tells the story of